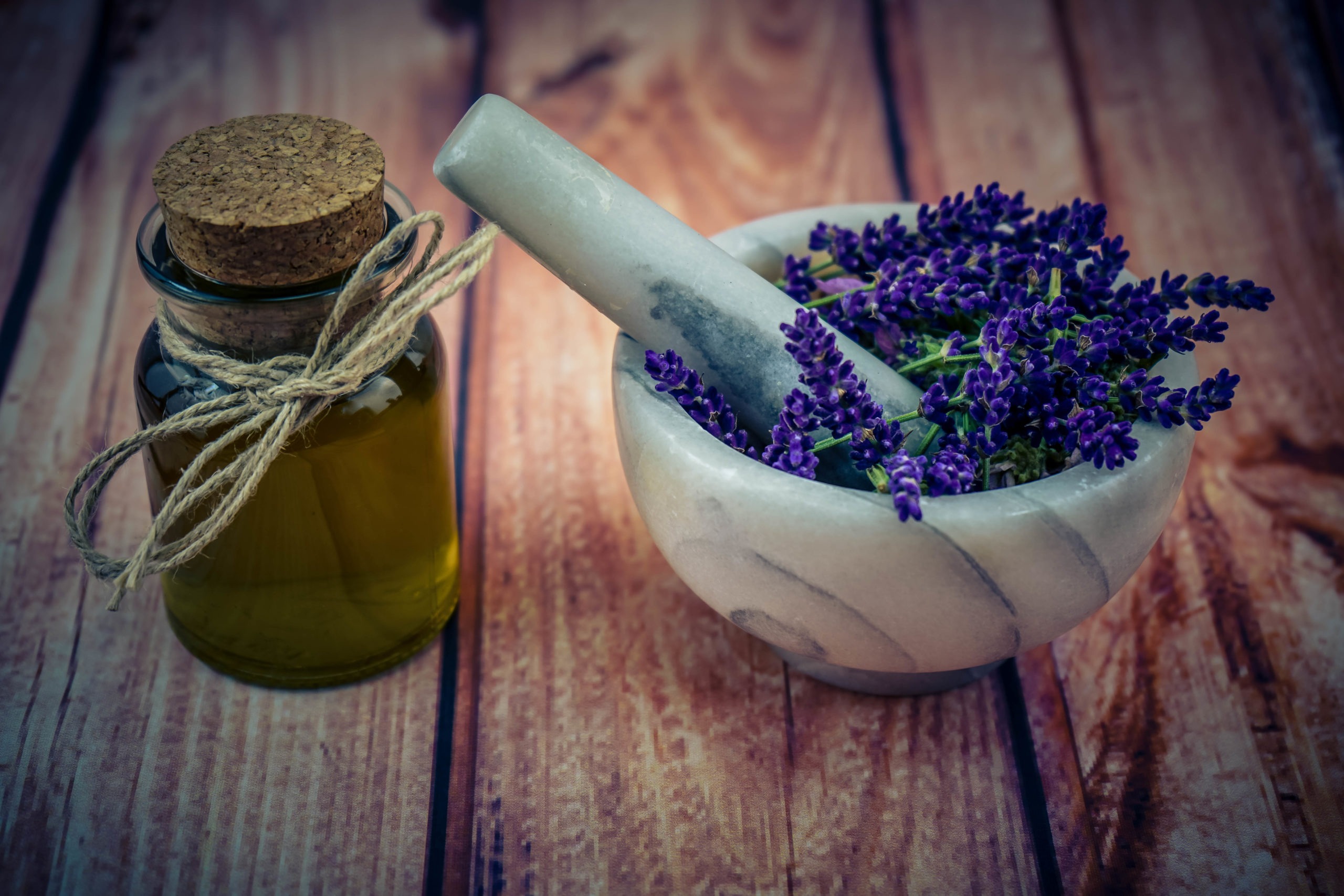 In our Integrative clinic in London, we use homeopathy to detoxify the body because a body that is frequently detoxified is a healthier body. Detoxing removes the toxins from the human body. Homeopathy offers a number of efficient ways in which to eliminate toxins from the body. We will summarise a few of those methods that will help us to avoid the accumulation of toxins that provoke illnesses as follows.

Do you ensure that you wash every day to keep yourself clean? You also need to detox at least once a year (in spring and/or autumn) in order to keep yourself healthy. Detoxing our body once a year is very beneficial to our general health. In order to understand what it is and why it is important, the first thing we need to do is to stop and take a good look at our diet. After all, we are what we eat.

In a relatively short period of time, our diet has changed so drastically that we are already seeing results such as childhood obesity and its related chronic health implications (cholesterol, diabetes, fibromyalgia…). These are illnesses that used to affect only people of a certain age but are now spreading to a much younger generation. All these illnesses that appear so prematurely are linked to the poor nutrition, sedentary lifestyle and pollution that are part of every industrialised nation.

Industrial bakery, refined flour, trans-fats… We eat processed goods, refined flour, trans-fats, hormone-fed meats, and contaminated fish. All of these foods lead to a highly concentrated accumulation of toxins. Toxins are substances that aren’t recognised as nutrients for our body. Every substance that doesn’t have a biological purpose in the body is considered a toxin. Toxins are also made when there is an imbalance in the production of a certain substance that does usually have a biological function when it is correctly balanced. Toxins can originate from external sources (food, drink, breathing and skin – through passive absorption or injection) or from internal sources (endogenous toxins) such as the by-products of physiological metabolism (bilirubin, creatine, lactic acid etc).

They can also appear in the form of metabolites that are produced in abnormal metabolic conditions (excessive production of neurotransmitters or hormones, excessive development of free radicals etc) The chemical compounds that comprise the largest part of environmental toxins are spread throughout the world by travelling through groundwater, rainwater and wind. The bio-accumulation of these compounds causes illnesses in all living beings and has a significant effect on the immune system, the endocrine system and the neurological system. The effect toxins have on our bodies can be seen in a number of conditions such as asthma, allergies, auto-immune diseases, cognitive deficit and obesity.

Toxins can lead to either temporary dysfunctions to our bodies or permanent damage in the form of chronic intoxication – they can even lead to death in the case of acute intoxication. Toxins enter our body, infiltrate our blood and lymphatic systems and reach the different organs by adhering themselves to transporter proteins and amassing in our plasma and interstitial fluids or our fat depending on whether they are water-soluble or fat-soluble toxins. The body has to metabolise these toxins in order to eliminate them.

Most metabolites are produced in the liver, and as the majority of toxins that enter the body are lipophilic, they need to be made hydrophilic in order to be processed and excreted by the bile and kidneys. Before toxins are removed, they are metabolised by the liver through a number of processes that take place in phase 1 or phase 2. The toxin is metabolised when it reaches its intermediate size, which can be even more dangerous than the original toxin. After these two phases, the toxins are ready to be eliminated. However, if the intermediate toxin does not degrade or the amount of toxins is very high, bio-accumulation takes place.

During the process that takes place in the liver, (specifically in phase 1 or the P450 enzyme system) free radicals are generated that have the ability to damage the tissue if the body is not sufficiently equipped with the anti-oxidants needed to fight these free radicals. This is why anti-oxidants should be topped up.

A healthy body needs to be able to detoxify itself. Toxins are transported to the organs of elimination (the liver, the kidneys, the mucous membranes, saliva, sweat, milk, the hair and reproductive organ secretions) but if any of these organs aren’t functioning correctly, are overloaded or damaged, they will not be able to dispose of the toxins effectively.

These toxins will then re-enter the bloodstream and will disseminate into other areas. If the affected organ has a higher concentration of toxins than in the blood, the body will be affected by a build-up of toxic substances. Detoxing and drainage should be carried out over a period of time that enables the system to eliminate all the toxins. Our body is so overloaded with toxins due to our poor nutrition, pollution etc. that it is put under increasing pressure and as a result of that, it struggles to carry out the elimination processes effectively.

As the body is subjected to so much effort by doing this, the physiological functions are overstimulated leading to exhaustion and premature ageing of the tissue.

Why do we need to detoxify, cleanse and eliminate?

In homoeopathy, we do not cleanse but we do drain, by helping the organs to get rid of toxins. Toxins can affect the body even if they are only present in small amounts, over a long period of time. Widespread toxins, poor lifestyle choices, modern malnutrition and food toxicity, as well as psychological stress, are all factors that contribute towards the need for detoxification and drainage. Good detoxification will encompass the following objectives: To interrupt the external intake of toxins. Drink plenty of fluids; eliminate alcohol, inhalants and other toxins.

To support the detoxification and drainage organs. To stimulate the disposal of toxins. To prepare the patient for their next detoxification. There are three types of drainage: specific, sequential and general. We refer to general drainage, which is used in patients with light to moderate toxicity. This detoxification and general drainage will help our liver, intestines and kidneys, and will drain the womb of toxins and enable excretion. There are some preparations that are used to carry out the drainage which delivers excellent results.

Those that have tropism for the urinary tract are: Sarsaparilla and Equisetum Those that have tropism for the lymphatic system and the womb are Pinus silvestris, Scrophularia, Levothyroxine, Calcium phosphoricum, Juglans and Ferrum jodatum. Three of them can be taken at the same time – 30 drops of each preparation in 1,5l of water. The detoxification and drainage symptoms will vary from one patient to another. Usually, there will be a loss of water, although sometimes there is mild diarrhoea or loose stools. The colour of the urine and stools can also sometimes change. The elimination may occur through the skin or the lungs, which means that there would be an increase in odorous perspiration or tachypnoea. These are signs that the excretion is in a healthy phase.

If the organs of elimination are overloaded with toxins, are affected by illness and haven’t been suitably prepared with advanced detoxification support, the patient may exhibit symptoms that are related to a blockage in the elimination of toxins. These symptoms are intense headache, nausea and painful muscles and joints. If the disposal routes are blocked, we can try giving just Nux vomica-homaccord and then Berberis-homaccord followed by Lymphomyosot. Afterwards they will be administered together.

This can be given at the same time as chemotherapy after a large amount of toxins has been accrued in the system due to being treated with allopathic drugs etc. We can combine Nasulsar, Marbisan (general drainage), Lynux (digestive drainage) and Berbarin (urinary drainage). The drainage will last for three weeks.

Medications: Nux vomica 6C, Berberic vulgaris 6D, Cardus marianus 6D. Three granules of each remedy should be taken at every mealtime. Only three granules a day should be enough: 3 Nux granules in the morning, 3 Berberis granules at lunchtime and 3 Cardus granules in the evening. We will carry on this treatment for one month at least. Drainage forms the basis of any treatment for any disease, as very often the results are dependent on the level of toxins in the patient. Please get in touch if you are looking for homeopathy in London to detoxify your body.

How Can Functional Medicine Help with Adrenal Fatigue?