What is Adrenal Fatigue?

It’s likely you’ve heard of adrenal fatigue and wondered if it might be causing your constant exhaustion if you’re feeling tired and fried. But what exactly is it, and how can you tell if it’s the cause of your lack of energy? Here’s what we need to know.

What are the symptoms of adrenal fatigue?

·   Fatigue, especially upon waking, with intermittent “crashes” throughout the day

Symptoms that are less common include:

How functional medicine can help with Adrenal fatigue

Functional Medicine aims to restore optimal function to the body, so understanding adrenal fatigue requires some background regarding how the body’s stress organs and stress responses normally function.

Functional doctors conducting an adrenal fatigue test most often do so using urine or saliva tests to measure cortisol levels.

Other testing that we may use could include:

Dr Stavy can prepare a personalised treatment plan for you based on a comprehensive analysis which can include:

·         A lifestyle change and recommendations

If adrenal fatigue is left untreated, what happens?

In the absence of treatment, adrenal insufficiency may cause: Severe belly (abdominal) pain. A feeling of extreme weakness. Blood pressure is low.

What is the healing time for adrenal fatigue?

Adrenal fatigue can take anywhere from 3 months to 3 years to recover from. It is important to note that every individual has a unique set of symptoms and a unique response to treatment. Depending on the stage and severity of adrenal exhaustion, the recovery process will vary.

In order to heal from adrenal fatigue, you need to rest and take it easy on yourself. The ultimate marathon runners often experience adrenal fatigue following stressful events, so treat your body like you’re recovering from a marathon and end up in the same place you are. It is also possible to make adrenal fatigue worse by overexerting.

In addition to the right diet and supplements, rest, meditation, low-impact exercise (such as yoga, walking and swimming) and affirmations can also help heal adrenal fatigue.

An adrenal fatigue diet provides guidelines similar to other balanced diets, which generally include:

Adrenal fatigue diets have not been evaluated for their ability to decrease adrenal stress. However, certain lifestyle changes and eating a more balanced diet can help you feel better physically and mentally. However, if you believe you may have adrenal fatigue, you should consult your physician to determine whether other health conditions are also contributing to your symptoms.

6 foods you should avoid on any diet for adrenal fatigue:

When we eat sugar, our body signals the adrenals and pancreas to begin producing insulin and cortisol to process the sugar. Sugar contributes to low levels of key hormones, such as oestrogen and cortisol (this is why adrenal fatigue causes low libido). Stressing out the already overworked adrenal glands further hinders recovery from adrenal fatigue, leaving you even more exhausted.

Sugar-lovers may find it depressing that you avoid sugar for your adrenal fatigue diet, but your body cannot begin to heal until you do! Period.

People with adrenal fatigue often crave alcohol because it is high in simple carbs and a quick stimulant. In addition, it should be avoided at all costs. A “naked carbohydrate” like alcohol causes a blood sugar rollercoaster, causing adrenal fatigue to worsen.

Alcohol’s harsh demands on the adrenal glands exhaust the body. Alcohol, like sugary feasts and caffeine-filled drinks, might temporarily mask adrenal fatigue symptoms, but will eventually make them worse.

If When you have adrenal fatigue, you should avoid foods that you might be allergic or sensitive to. Chronic fatigue can be caused by adrenal fatigue, which aggravates and worsens food allergies. In addition, dairy contributes to part of the swollen middle you get with adrenal fatigue (some of it is also inflammation).

You might be intolerant to casein even if you are not lactose intolerant. Gluten and casein have similar molecular structures, and most people who are gluten intolerant are also casein intolerant.

Using caffeine and other stimulants to get through the day can lead to adrenal fatigue in the late stages. Our adrenals are triggered to release our stress hormones every time we drink coffee or energy drinks, further aggravating the problem.

When we suffer from adrenal fatigue, we are so depleted of energy that we rely on stimulants like coffee to keep going. The truth is, if you keep using caffeine to get you through the day, your symptoms will worsen and you will drive yourself deeper into imbalance.

The best thing you can do for your body is to stop drinking coffee in order to heal from adrenal fatigue. You can still have coffee after you heal, but hold off until you are fully recovered.

To heal adrenal fatigue, you must uncover all the causes that could be contributing to and exacerbating this condition. As gluten intolerance is one of the causes of adrenal fatigue (and food allergies are another form of stress on the body), you need to treat this if you hope to recover.

Without treatment, undetected gluten sensitivity can lead to adrenal fatigue in the late stages. In order to recover from adrenal fatigue, elimination diets are key to identifying all disorders stressing your system.

We cannot avoid soy in our diet unless we take great steps to do so. Among people with adrenal fatigue, soy can block iodine absorption in the body (which is the cause of salt cravings). Women need iodine to avoid thyroid disorders of all kinds.

As a phytoestrogen, soy mimics real oestrogen, and with adrenal fatigue, we need real oestrogen badly. Soy competes with our natural oestrogen, reducing its effects in our bodies. What is the result?  Menopause-related depression, weight gain, and slowed metabolism.

SHOULD YOU STILL WORKOUT?

YES! Despite the fact that exercising may seem counterintuitive if you are suffering from adrenal fatigue, you should still incorporate some movement into your routine. Activity type and intensity will vary from person to person. Therefore, it’s equally important to listen to your body’s signals when it’s time to rest, when intensity is too much, or when pain replaces discomfort.

Monitoring your feelings during your workout can help you avoid overdoing it when exercising.

You want to avoid overdoing it, and that extra five reps means there is still some fuel left!  Assess whether you could repeat your workout as soon as you finish. You may have pushed too far if the answer is no.

Cardio exercise that lasts more than an hour is not recommended when managing adrenal fatigue, and intensive circuit training with short rest periods may actually be worse! The most adrenal stress is caused by workouts like CrossFit or High Intensity Interval Training (HIIT). In the case of adrenal issues, lower-level cardiovascular and weight training is more beneficial since it is significantly less taxing on the adrenal glands nervous system.

An adrenal program often helps people get up and over the hump when they are tired and out of commission. There are 3 supplements that can really work for fatigue.

Among liquorice’s many benefits is the treatment of immune disorders, mood disorders, and digestive problems, but liquorice is also one of the best known herbs for the treatment of adrenal fatigue. A major hormone produced by the adrenal glands to combat stress, cortisol, is prevented from being broken down by liquorice. As a result of its cortisol sparing effects, it preserves energy levels, which results in a better response to stressful situations. liquorice is also a great herbal remedy for supporting and protecting liver function, which increases energy production. Because of its mild estrogenic properties, liquorice combats PMS symptoms like breast tenderness, irritability, and bloating.

In the body, zinc is found in every tissue and plays a direct role in regulating the rate at which cells divide, which contributes to energy production. Stress and ageing are accelerated by low levels of these hormones. Furthermore, zinc is one of the most important minerals in maintaining fertility in both men and women due to its ability to optimise immune function and enhance athletic performance. To get all of zinc’s benefits, it is generally sufficient to take 50mg once a day. Zinc should be taken with a low dose of copper if taken at higher doses or for long periods of time to avoid lowering copper levels.

How to Choose the Best Functional Practitioner in the UK

What is Functional Medicine 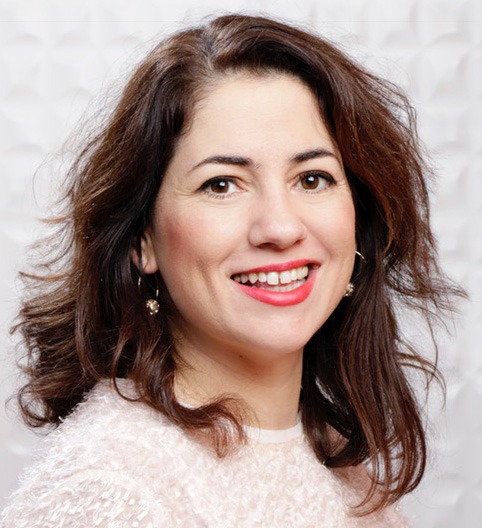 SEPTEMBER AND OCTOBER OFFERS ARE AVAILABLE FOR ALL APPOINTMENTS AND TESTING

EMAIL US NOW TO FIND OUT MORE