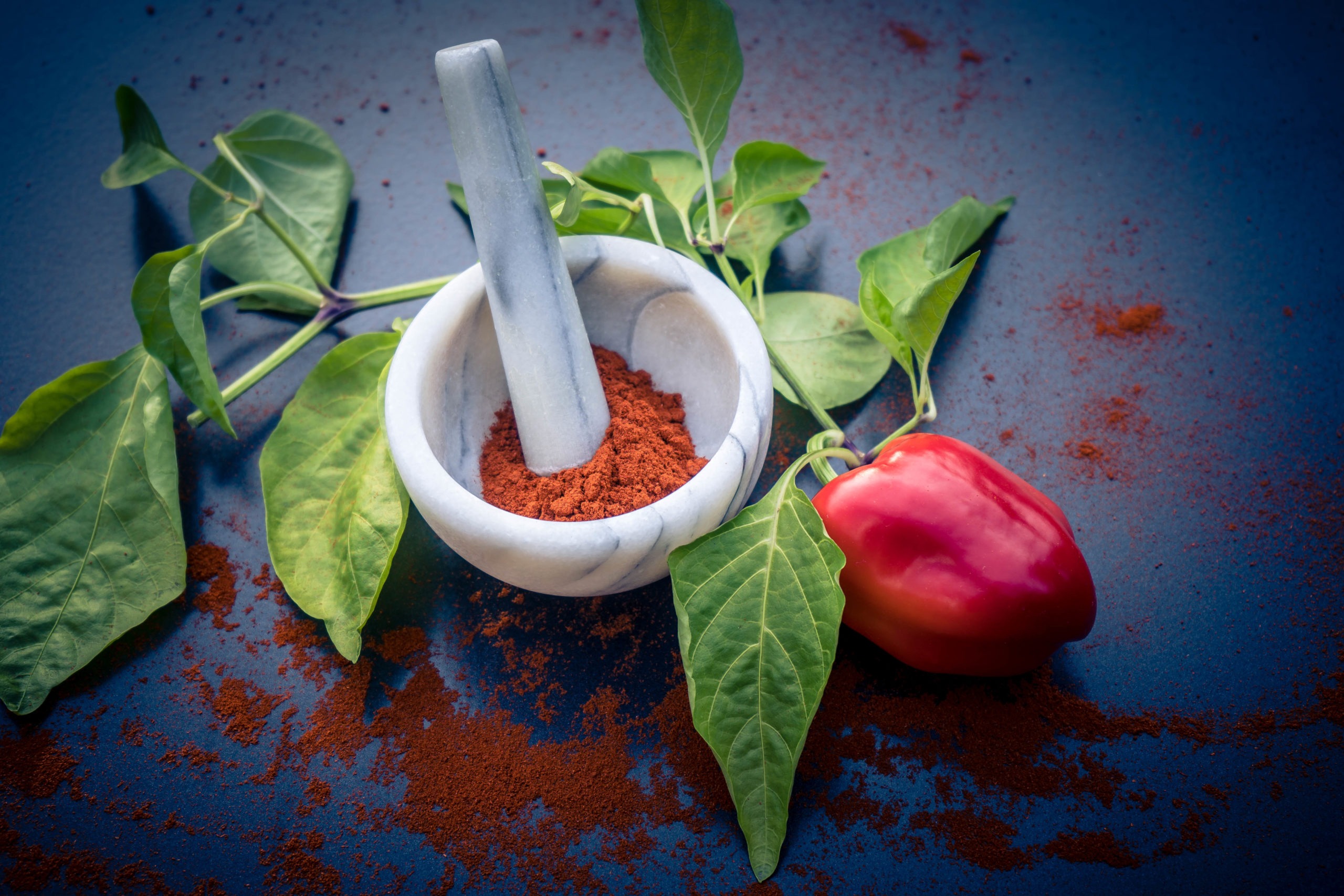 You may be one of many patients suffering with bloating, abdominal pain, constipation, or diarrhoea and your GP has diagnosed you with irritable bowel syndrome (IBS) and your symptoms have not responded to treatment. Alternative you have given no diagnosis at all for your suffering.

My experience is that many of those perplexing symptoms are related to small intestinal bacterial overgrowth (SIBO).

When there is an abnormal increase in the total bacterial population in the small intestine, especially bacteria that are not typically found in that region of the digestive tract, it is known as small intestinal bacterial overgrowth (SIBO).

SIBO frequently develops when a condition, such as surgery or illness, delays the movement of food and waste items through the digestive tract, providing a favourable environment for the growth of bacteria. In addition to frequently causing diarrhoea, the extra bacteria can lead to malnutrition and weight loss.

While stomach (abdominal) surgery complications are a common cause of SIBO, this illness can also be brought on by structural issues and certain diseases. Antibiotics are the most widely used form of treatment, but surgery may occasionally be required to fix the issue.

What are the symptoms of SIBO?

Some people with SIBO may not have any symptoms at all whilst, others will experience symptoms similar to irritable bowel syndrome. SIBO is involved in over half the cases of IBS and as high as 84% in one study using breath testing as the diagnostic marker.

Eradication of this overgrowth leads to a 75% reduction in IBS symptoms. Either bacterial overgrowth or the overgrowth of methanogenic archaea leads to impairment of digestion and absorption and produces excess quantities of hydrogen, hydrogen sulphide, or methane gas.

The most common symptoms of SIBO are:

Other symptoms maybe include:

Tingling and numbness in arms and legs

What can cause SIBO?

Small intestinal bacterial overgrowth (SIBO) can be caused by:

• Abdominal surgical complications, such as gastric bypass for obesity and gastrectomy for the treatment of peptic ulcers and stomach cancer

How SIBO Causes the Symptoms of IBS?

There are two main pathophysiological issues involved in SIBO.

First, bacteria can ferment carbohydrates and consume other nutrients ingested by the host simply by their inappropriate location in the small intestine. This allows them premature exposure to host nutrition before there is time for absorption.

Bacterial fermentation produces hydrogen and/or hydrogen sulphide gas. In addition, M. smithii produces methane. M. smithii may be present in the intestinal tracts of up to 95.7% of humans. Microbial gas leads to the IBS symptoms of bloating, pain, altered bowel movements.

How is SIBO being treated?

The most accepted treatment regimens for SIBO include antibiotics – specifically Rifaximin (Xifaxin). However, SIBO is extremely stubborn & difficult to treat. In fact, Rifaximin is only 40-80% effective in eradicating SIBO in patients with IBS-D, and it often recurs in patients within several months of treatment.

The Functional Medicine Approach to SIBO

A unique valve connects your small intestine, which is about three and a half times as long as your body, to your much shorter colon. The majority of the nutrients in your meal are absorbed there. On the other hand, water is taken from your large intestine, waste is processed for excretion, and microorganisms ferment dietary fibre to release additional vitamins.

• Fluid culture from aspirates of the small intestine. The gold standard test for bacterial overgrowth right now is this one. Doctors insert an endoscope, a long, flexible tube, down your throat, past your upper digestive tract, and into your small intestine to collect a fluid sample. A sample of intestinal fluid is taken, and the presence of bacteria is then examined in a lab.

We might also advise blood tests to check for vitamin deficiencies or stool tests to check for fat malabsorption in addition to these procedures. In some circumstances, we can advise imaging tests to look for structural abnormalities of the intestine, such as X-rays, CT scanning, or magnetic resonance imaging (MRI).

The goal of the SIBO diet is to diminish small intestinal bacterial overgrowth and digestive system inflammation by progressive removal.

Only cutting out sweets in some circumstances can help symptoms. FODMAPs are carbs that are challenging to digest and are processed in the colon by gut flora. Doctors frequently advise including a diet low in FODMAPs.

When carbohydrates can’t be broken down, they remain in your gut and can result in symptoms like bloating and diarrhoea. Additionally, bacterial overgrowth results in the small intestinal bacteria fermenting carbohydrates earlier than they should, which results in a variety of symptoms.

Clinical research has shown that the low-FODMAP diet can effectively treat IBS and its associated symptoms. SIBO frequently coexists with IBS in sufferers. Your digestive health can be improved by cutting back on or eliminating foods high in these carbohydrates.

Foods you may want to consider eliminating from your diet that include higher amounts of FODMAPs include:

There are still a lot of items you can eat while on this short-term diet, despite the fact that the list of things you should avoid can be limiting. Foods with a high fibre content and little sugar should be the mainstay of a SIBO diet.

Small portions of some meals contain low levels of FODMAPs, yet these portions should be avoided because bigger portions would increase the FODMAP content. The following foods are suitable for a low FODMAP diet:

You may be experiencing a wide range of various symptoms if you have SIBO. SIBO symptoms commonly include gas, bloating, stomach pain, diarrhoea, and/or constipation. But how do you feel physically? Even if you’re getting good sleep at night, you could feel like you have no energy. Additionally, you might experience emotional helplessness, annoyance, or even loss.

SIBO weariness is a typical and enduring symptom of SIBO, and it is certainly annoying. In this blog post, we’ll examine several tactics and strategies to help you recuperate as well as potential links between your SIBO and weariness.

The Benefits of Herbal Antibiotics and Supplements for Treating SIBO

Antibiotics, whether natural or artificial, are the major therapies for SIBO. The majority of medical practitioners still do not recognise SIBO as the primary cause of IBS, making it difficult to obtain the proper medicine from your general practitioner or even a gastroenterologist.

In addition, a lot of people who use antibiotics for an extended period of time get SIBO. As a result, herbal antibiotics may aid in preventing complications in patients whose SIBO was first triggered by conventional antibiotics.

Herbal antibiotics can have a number of extra benefits for the health of the digestive system in addition to helping to get rid of bad gut bacteria.

Oregano oil is one of the most popular natural antibiotics for SIBO. The oregano plant is used to make oregano oil, which has antiviral, antifungal, and antibacterial properties.

Because bears devour its red berries, ava ursi, a plant, is also known as bearberry. The berries are not utilised for treatment; instead, the leaves are. It is frequently used to treat bacterial infections like SIBO as well as fungal and urinary tract infections.

It’s well-known that silver has antibacterial, antiviral, and antifungal properties.

Another typical herbal supplement that I advise to my patients during the second stage of gut healing is liquorice root. It may be found all over Europe and Asia and is made from the liquorice plant’s root.

If you’ve ever had a burn, you may have used aloe vera to calm your skin afterwards. Aloe vera can also be incorporated into a SIBO treatment regimen to assist in calming or healing your gut lining. It can also be used as a stand-alone treatment for other GI irritants such as GERD and other IBS symptoms that require gastrointestinal support.

Since ancient times, marshmallow root has been used to ease intestinal discomfort. It soothes and coats inflamed stomach linings to work. It possesses anti-inflammatory qualities that are crucial for the general health of the stomach. It frequently goes together with other herbal supplements.

I use a multi facet functional medicine approach to treat my patients with SIBO.

The first step is to adequately assess the function of organs and systems that are integral to your ability to maintain a healthy microbiome.

Conducting functional tests (such as digestive tests/vitamin deficiencies/metabolic imbalances etc.) helps us uncover the possible root cause of your symptoms and enable me to create targeted, more personalized recommendations.

If you suffer from SIBO or IBS get in touch to find out how I can help you to return to normal.

RHEUMATISM: WHY DO I HAVE PAIN IN MY KNEE JOINTS AND HANDS?